As President Biden plans a far larger $600 billion program of transportation spending, the Maryland road highlights what critics say were shortcomings of the earlier program: It was too small, not focused on transforming the nation’s road networks, and its benefits were hard to measure. Experts say the post-recession effort is the best comparison to what the Biden administration is proposing — and can reveal pitfalls to be avoided 12 years later.

New Hampshire Avenue is now blemished with cracks and potholes. Sidewalks put pedestrians within feet of cars whipping by at 40 mph.

The Maryland State Highway Administration said the road is about two-thirds through its life span and, while some cracking and deterioration is to be expected, it rates in good condition.

Rep. Peter A. DeFazio (D-Ore.), who as chairman of the House Transportation Committee will play a key role in trying to steer Biden’s package through Congress, voted against the 2009 legislation, disappointed by the size of its infrastructure component.

“They resurfaced highways and bridges that were falling apart,” he said. “It was not an infrastructure bill.”

Reviewing the program at the end of President Barack Obama’s second term, the Transportation Department concluded that the quality of roads and bridges improved after passage of the American Recovery and Reinvestment Act of 2009 and that a new grant fund and money for high-speed rail spurred investments. The money improved 42,000 miles of road and repaired 2,700 bridges. It also bought 12,000 buses and 700 rail cars, as well as funding 800 airport projects, according to the department.

Ray LaHood, Obama’s first transportation secretary, said the money did what it was intended to do. He said Biden’s role overseeing the 2009 spending as vice president has prepared him to pursue the new package.

“He was so intimately involved in the last stimulus bill and the chair of our task force where we met every week,” LaHood said. “He really kept his thumb on the process.”

Nevertheless, LaHood acknowledged the disappointment among some in Congress that the Obama administration didn’t do more. He recalled breaking the news to lawmakers that the administration wouldn’t support a gas-tax-funded highway and transit proposal.

But this time round, Lahood said things look different.

Beyond the size of proposed spending, there are other significant differences between the Recovery Act funds and what the White House is now pursuing. The focus today is less on immediately injecting money into the economy, as Congress already has approved trillions in short-term spending to battle the coronavirus pandemic.

Instead, the plan outlines an effort to modernize existing roads, build networks that are more resilient to extreme weather and address long-standing racial injustices in urban road design.

In 2009, the Federal Highway Administration and other agencies pumped money through existing programs that were familiar to federal and state officials. Achieving Biden’s objectives would probably require setting new rules, potentially slowing a financial injection into the economy while prioritizing road safety and the environment.

For Beth Osborne, director of advocacy organization Transportation for America, setting objectives to bring the road system up to par is key.

“Our existing program hasn’t gotten rid of the backlog, and it wasn’t because there wasn’t enough money,” Osborne said, adding that money has been used to expand roads rather than fix them. “If we really want to repair things, we’re going to have to be clear about that.”

Reviewing the program in 2011, the Government Accountability Office said the Transportation Department hadn’t done enough to track its benefits. Officials told the congressional watchdog that separating the impact of recovery funds from other transportation dollars was all but impossible.

“DOT will not be able to report on outcomes, such as reductions in travel time,” the reviewers wrote.

The money was offered to states essentially free, unlike typical federal road funds in which states are required to put up one dollar for every four dollars they accept. But the law required states to promise not to cut their own transportation spending, a provision 21 states did not follow, according to the GAO review.

Bill Dupor, an economist at the Federal Reserve Bank of St. Louis, concluded that despite a $28 billion bump in federal highway funding, the system “saw no significant improvement.” The reason could have been that federal money “crowded out” state spending: Dupor’s analysis found that each additional federal dollar only increased overall spending by 19 cents.

But Dupor said the situation is different today. State finances took a hit from the coronavirus pandemic, but have recovered more quickly than in the previous recession. The challenge for states now could be managing the size of the new proposed package, although Dupor said that would probably be a short-term problem if it advances.

“The Recovery Act created some muscle memory on how to spend stimulus dollars,” she said. 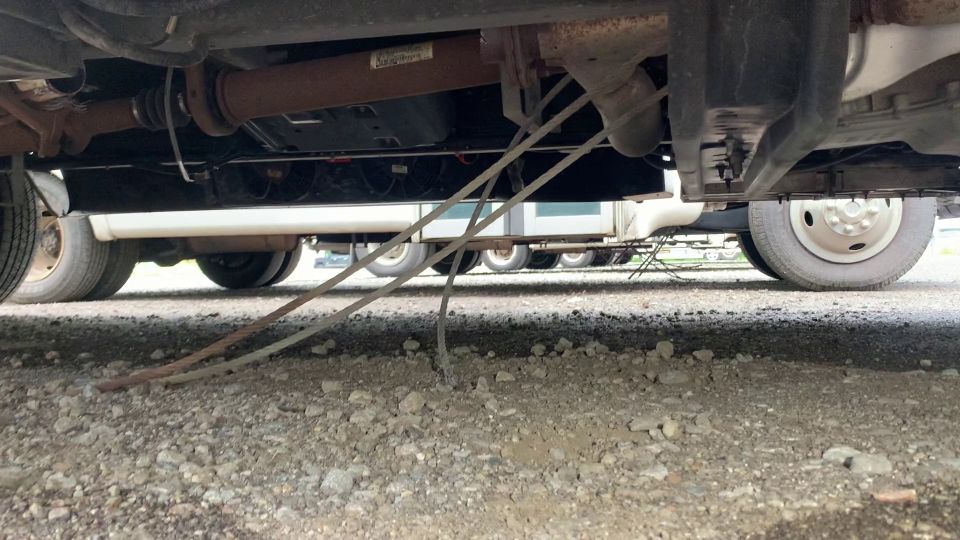