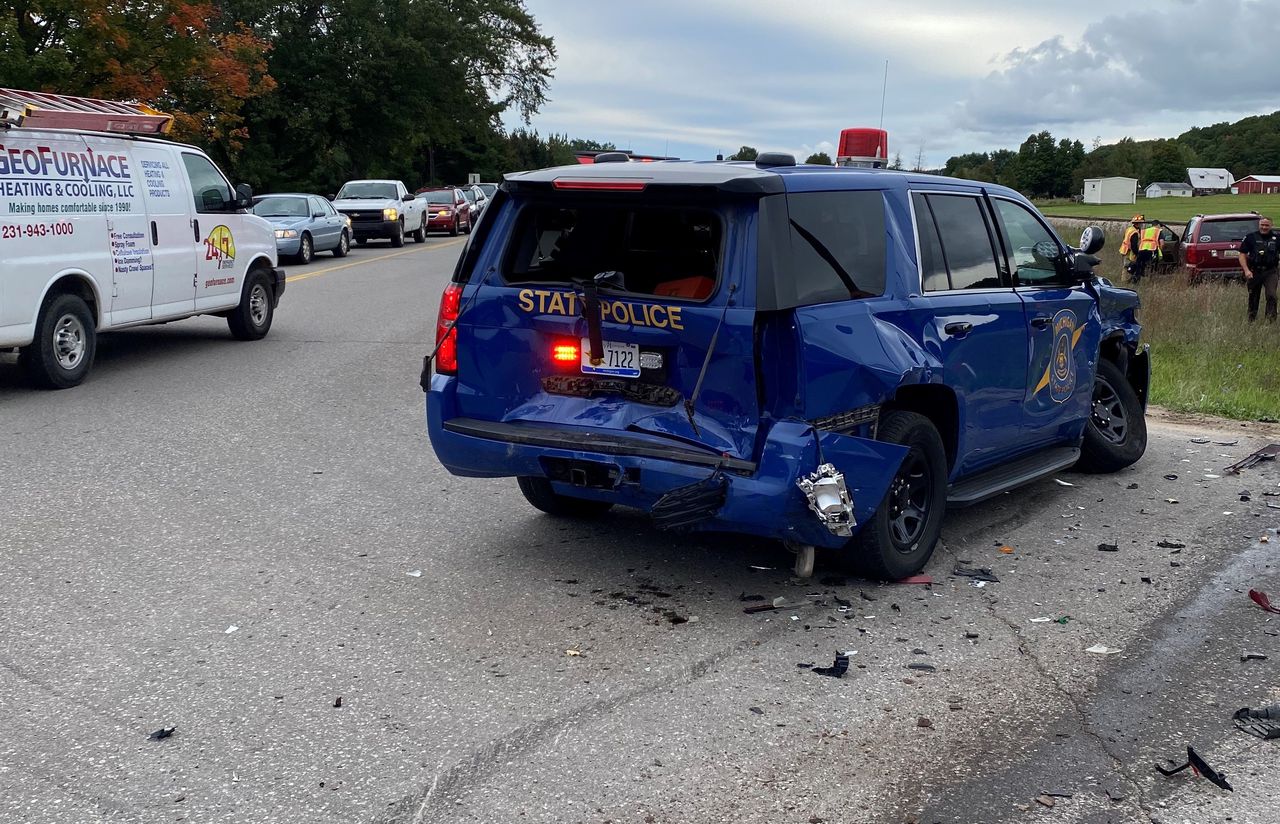 At 9:20 a.m., the trooper from the MSP Cadillac Put up was touring southbound on North Keystone Highway and making an attempt to show left onto Hoch Highway in Blair Township when a grey Chevy Equinox pushed by a 55-year-old Mt. Nice girl struck the patrol automobile from behind. The influence despatched the patrol automobile into northbound site visitors the place it was hit by a purple Honda Pilot pushed by a 20-year-old girl from Cedar.

The trooper and Cedar girl reported no accidents on the scene. The Mt. Nice girl was taken to Munson Hospital in Traverse Metropolis for remedy of damaged ribs and foot.

The crash stays below investigation.

Be aware to readers: if you buy one thing via one among our affiliate hyperlinks we could earn a fee.