Investigators believe that flying debris from one of the semis hit the roof of her Toyota, knocking the woman unconscious.

BOISE, Idaho — A Boise woman critically injured in a chain reaction crash on Interstate 84 in Boise last week has died from her injuries, according to Idaho State Police.

Emergency responders were dispatched last Tuesday around 7:30 a.m. to a report of a multi-vehicle crash including a semi-truck on fire on near the Cloverdale overpass.

When state police arrived, they found a semi hauling 65,000 pounds of lumber on fire in the median. Debris and wreckage from the crash was strewn across lanes in each direction, causing major backups that lasted throughout the day.

Investigators say the incident began in the eastbound lanes when the driver of a red Toyota Tacoma pickup made a sudden lane change and hit the semi that was loaded with lumber. The semi sideswiped an eastbound passenger vehicle before crashing into the concrete median, catching fire and striking a westbound semi that jack-knifed.

Investigators believe that flying debris from one of the semis hit the roof of a westbound Toyota Camry. The impact knocked the female driver unconscious. Her car was located about a half-mile past the crash scene in a westbound lane. The driver, a 27-year-old woman from Boise, was taken to the hospital with life-threatening injuries. She has since succumbed to those injuries.

Three others involved suffered minor injuries and were taken to local hospitals for treatment. 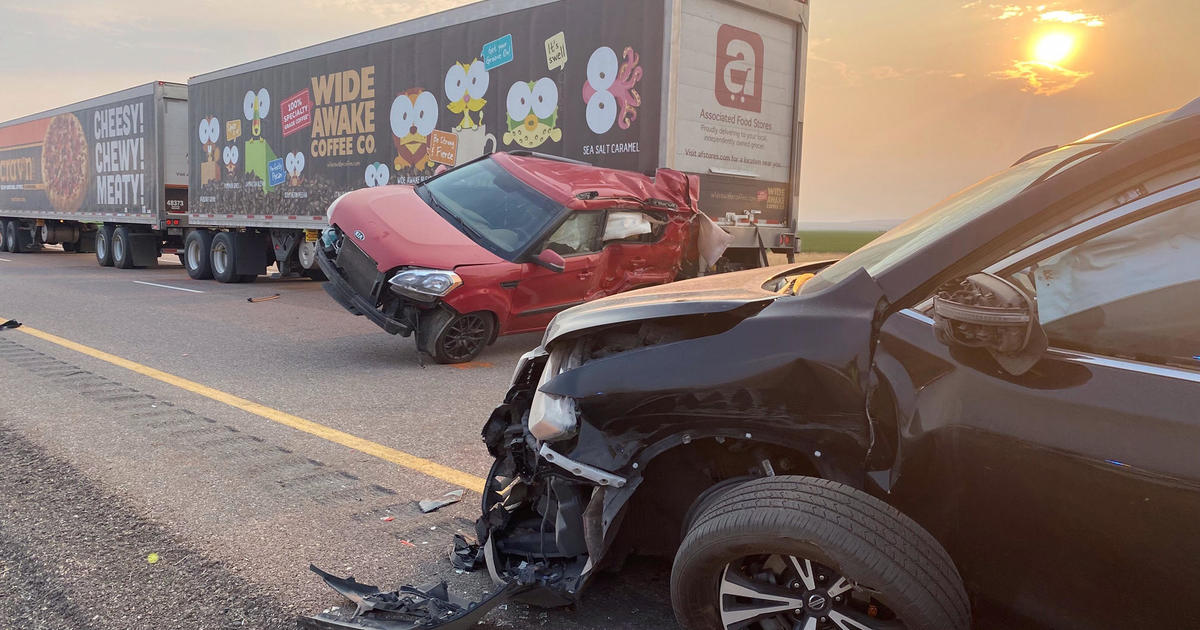