Ordinary items such as bicycles or hair extensions are gaining symbolic significance as we use them to project to a time when we can finally use them with others or show them off. 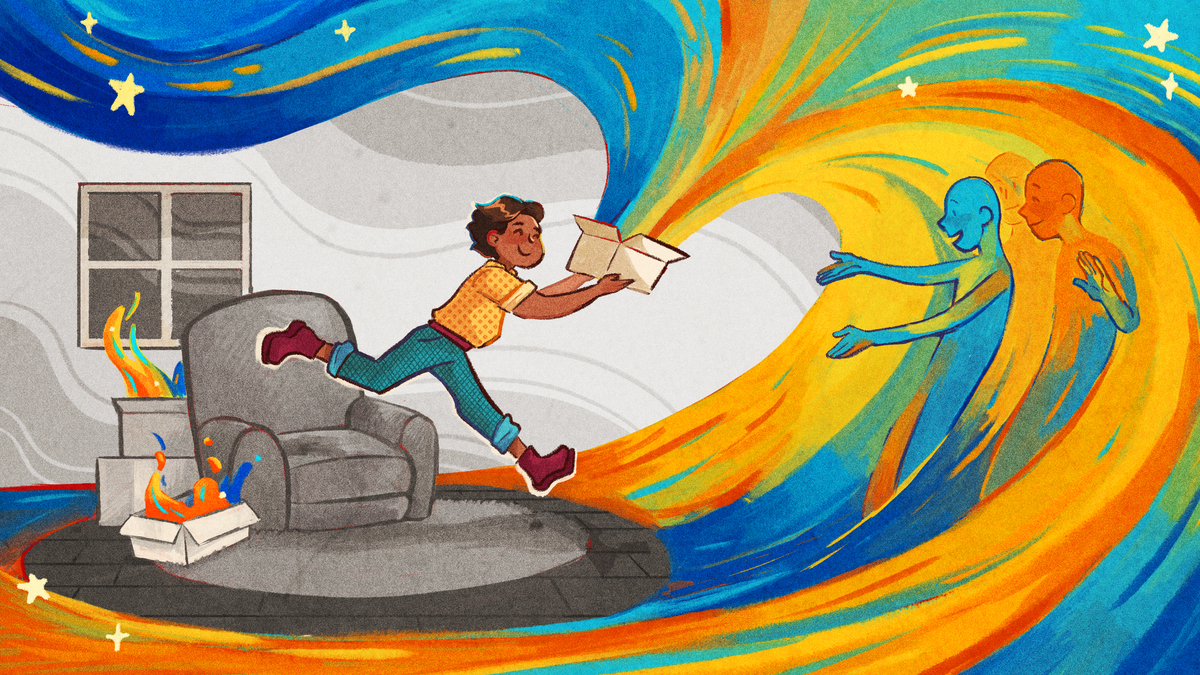 Ordinary items such as bicycles or hair extensions are gaining symbolic significance as we use them to project to a time when we can finally use them with others or show them off.

When Chase Hensel in Alaska daydreams about life returning to some type of normal, he thinks of his two granddaughters living in London.

Both are learning to ride bikes, and he envisions himself flying there to pedal with them along a local park.

So Hensel bought himself a foldable bike, one that would be easy to travel with once it feels safe again.

“I think buying the bike was sort of putting a marker towards the future and saying this will happen, even if it’s still not really clear when,” Hensel says. “But at least it’s throwing a marker out there, even if it’s in wobbly sand.”

Experts have long touted the mental value in anticipation, in daydreaming about purchases before we use them. These benefits usually apply best to experiences, like buying tickets to a concert or booking a flight for a vacation.

But now, after nearly a year of lockdowns, even the most common purchases are having a similar effect as we crave the routines and experiences of daily life in this period of isolation.

“We get pleasure from things before they even happen,” says Amit Kumar, a professor of psychology and marketing at the University of Texas. “It extends the satisfaction that we derive from those purchases.”

For Kelly Jenkins, 33, that sense of anticipation comes from hair extensions.

They were an impulse buy a few weeks ago. Today, they hang on the wall of her apartment in Brooklyn.

And when she looks at them, she daydreams about wearing them on a big night out when she can finally clip them in and show off that long, voluminous hair to her friends.

She can even picture the venue and hear the music playing as she dances.

“I want it to be crowded, with fun lighting and fun music, probably funk or disco. And somehow, there’s someone taking great photographs,” Jenkins says as she bursts out laughing. “I don’t know, it sounds ridiculous describing it out loud.”

That object of anticipation can even be more mundane.

Take Mitch Schaller, a 23-year-old who graduated from college during the pandemic.

“I bought dress shoes and a couple suit jackets. Nice pants, some ties. The whole outfit,” he says.

Schaller daydreams of one day walking into a real office in his slick new outfit, sitting at a desk and interacting with real life co-workers, not just video headshots on a screen.

“This is going to sound ridiculous, but I definitely want to wear like the best possible outfit on the first day back,” he says. “Maybe this is vain to say, but I hope I turn a few heads when I walk in.”

Tom Gilovich, a professor of psychology at Cornell University, is another expert who understands the feeling.

The social starvation impacting us all, he notes, is what gives these everyday purchases the anticipation usually reserved for bigger experiences.

“We’ve been in lockdown for so long that this unexceptional thing can nonetheless have that effect,” Gilovich says.

Like Hensel in Alaska, who clings to that new bike as he runs through a day with his granddaughters that has yet to happen.

“Hopefully we’ll get home before there’s a meltdown, but maybe not — and that’s okay,” he says. “Maybe that’s just the end of a good day.”

So go ahead — buy the high heels. Get a dinner party set. Plan a trip.

Let yourself dream. It’s worth more than you might think.